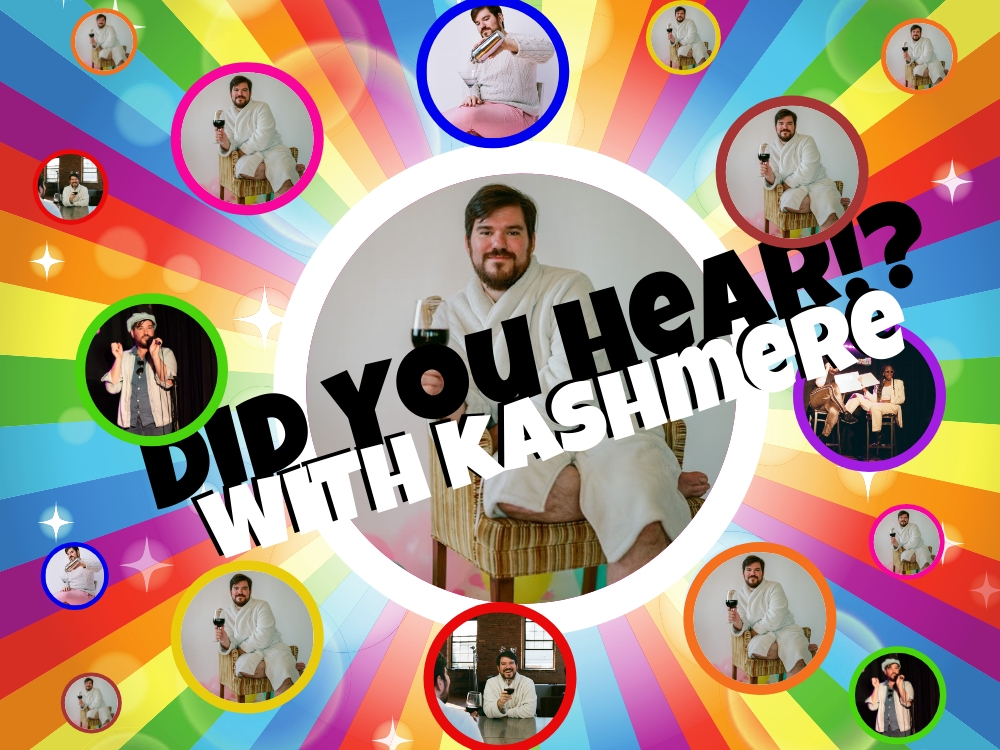 Between dealing with kids, dealing with work, and dealing with Take Your Kids to Work Day, you may have missed some of the most insane things celebrities did this week. Well, have no fear — because Kashmere is here with his finger on the pulse and his eyes on every Instagram account of anyone worth talking about. From Oscar winners to reality TV royalty, to even actually royalty; here are the craziest stories going on this week. Welcome to our newest series, “Did You Hear? With Kashmere!”

Kashmere (also known as Danny Murphy) is a comedian, writer, and pop culture connoisseur (despite not really knowing how to spell connoisseur). He currently writes for Betches and Marie Claire and has also been featured in Glamour, Seventeen and Town & Country. When he’s not drinking red wine or iced coffee while watching Bravo, he’s performing around New York and hosting PASS THE AUX at The Stonewall Inn and DO I SEND IT? at Branded Saloon. Follow his fake reality show AKA his Instagram stories, @kashmeredanny.

Like most weeks, this week has us worried for popstars and staring at rich people. God bless them all! Also some unreported dish: I SAW WILLIAM H. MACY OUT AT LUNCH IN WEST HOLLYWOOD. Eating at Lisa Vanderpump’s PUMP, a sign that he is emotionally fragile, he was wearing sunglasses and a baseball hat while dining with non-Hollywood looking friends. They are eggs and had coffee, and it took everything in my power not to go up to him and ask the 55 questions I have about Felicity Huffman. Also, I was on my fifth round so William H. Macy if that wasn’t you, my b but come on I know it was.

Someone Threw A Lemon Ariana Grande During Coachella Week Two. Kids, I try to defend you. I really do. When people laugh at dance challenges you do, I say “hey! At least they’re getting their steps in.” When people say you’re on the Internet too much, I tell them everything is okay in moderation — especially if they follow me on Instagram. But where I draw the line is throwing a damn lemon at someone performing. A) that’s rude and B) they can’t even use that as a post performance snack after. Here’s my thing: if you HAVE TO throw something at a performer, maybe try a soft cupcake or an avocado — that way you’re at least saving them a trip to Whole Foods. Read More: Pop Culture

Justin Bieber Joins Her For First Performance in TWO Years. Ariana BROUGHT IT last week during her Coachella performance, with surprise guests like *NSYNC (minus Justin), Nicki Minaj and Diddy. Obviously, that means she couldn’t just take the second weekend off and sing a few songs before her Uber arrives. But how does someone one up that stacked lineup? By bringing out everyone’s favorite troublesome pop star for his first performance in two years. Mr. Baldwin-Bieber ran from church this Sunday (I guess) and made it to the desert in time to sing with Ari… but was he lip-syncing? Honestly, who cares if he was. It’s hard to hit pre-puberty notes after you finally started to have (post-wedding) sex. More at Variety!

Bill Gates Reboots His Dance Moves In Miami. There’s a lot of celebrities that I assume are always dancing in Miami. A Kardashian… a Tinashe…. a Rita Ora, you know. But, someone I would never expect? Bill Gates. This mad libs was brought to you inpart by an equestrian competition that his daughter was in which took place in Miami. Honestly, I give him credit because the longest I could last in a club is 15 minutes until I’m asking for the WiFi so I can seamless food. Go to TMZ for more.

Britney Spotting! Britney Spotting! Britney Spotting!. My prayer cards and candles worked. We finally have eyes on Britney! Amid the insanity that is the #FREEBRITNEY campaign, with people worried about how her dad is treating her and if this is her way of retiring. Fans will be happy to know that she was with her boyfriend for Easter. She looks healthy but kind of spaced out, which is fair for her current situation. Noted that her kids are staying with K-Fed during all of this, which I feel is interesting but probably the best case scenario for them with Britney’s side of the family being very TBD at the moment. There’s more at US Magazine.

Royal Siblings Ice Each Other Out During Easter Ceremony. Shit is getting real in England. Not only is Brexit still a thing, but there’s a ton of family drama going on in the castle that’s making me wonder if E! has camera crews up and running for a new royal reality show. The latest? Will and Harry didn’t speak at all during the palaces Easter party which makes people wonder… my theory? Is that there is some truth to the Will and Kate tension and that’s pissing Harry off. Maybe Meghan Markle will finally get a chance to not get hated on everyday. Go to Cosmo for more on this.

The post Did You Hear? With Kashmere! April 22 Edition Covering Coachella! appeared first on The Interrobang.