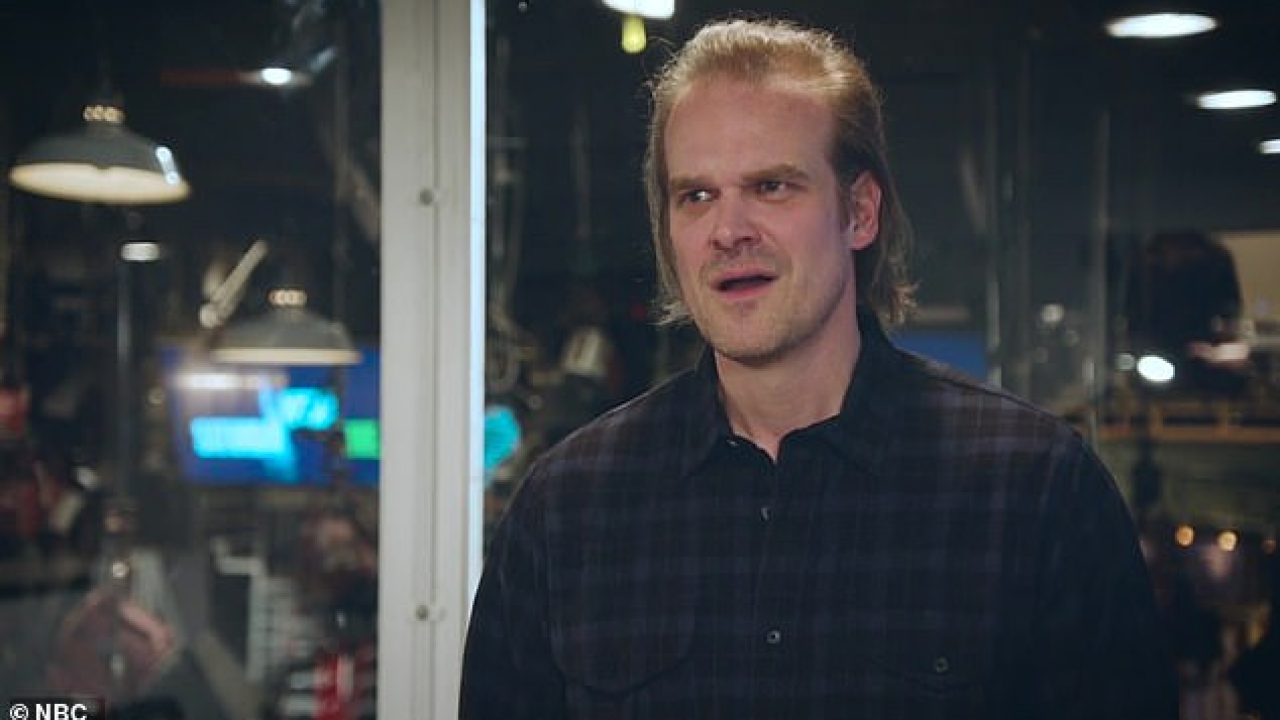 Saturday Night Live rolls on with its new season. This evening at 11:30pm et on NBC, it will be the 3rd episode of SNL – Season 45 with its 2nd first-time host of Saturday Night Live‘s new year. David Harbour, one of the stars of the Netflix cult favorite “Stranger Things” will be making his hosting debut tonight. The sci-fi hit has been one of the break out shows in Netflix”s emergence as a major television player in the world. “Stranger Things” revolves around a group of quirky kids entering adolescence in 1980’s Indiana while dealing with inter-dimensional monsters while armed only with their wits, flashlights and Huffy bikes. The show has met with critical acclaim and garnered some Primetime Emmy technical wins as well as Emmy and Golden Globe nominations for Outstanding Drama Series.

David Harbour who will be your SNL host tonight, plays Sheriff Jim Hopper, (that’s “Hop” to his friends,) the Chief of Police in Hawkins, Indiana who has to deal with the supernatural goings-on in his town. Harbour has picked up his share of awards and nominations for playing Jim Hopper including a Critics’ Choice Television Award along with Golden Globe and Primetime Emmy nods for Outstanding Supporting Actor in a Drama Series. He’s also recently taken over the title role in the new “Hellboy” sci-fi action movie, he’s appeared in “Suicide Squad” and played Elliot Hirsch in the award-winning Aaron Sorkin HBO drama “The Newsroom.”

There’s also a higher than normal probability that cast member Kate McKinnon will be required to report to make-up and wardrobe to get ready to appear in Rudy Giuliani drag in tonight’s SNL – Cold Open. The real-life Rudy Giuliani, personal attorney to the President of the United States and resident White House blabbermouth who can’t help but incriminate himself and Donald Trump, has found himself in the middle of a federal investigation. Two associates of America’s former Mayor were arrested as they tried to flee the United States with one-way plane tickets out of the country.

The two men who look like they could play the Wet Bandits in a Ukrainian version of “Home Alone” were arrested for allegedly violating campaign finance laws while trying to advance their own personal interests and also trying to provide Giuliani with any dirt they could get on business dealings in the Ukraine involving Joe Biden’s son, Hunter. Sure, it seems a little complicated, but hopefully once Kate McKinnon puts on her bald-cap and puts in her Rudy teeth, it will all turn to comedy.

Jokes about the Congressional impeachment inquiry into Donald Trump’s international shenanigans should also make it on the cue cards on tonight’s edition of Weekend Update along with comments about any of President’s raging tweets on the subject. Other things from the World of Donald that might make for SNL material tonight includes the new Fox News poll showing 51% of those surveyed want the President impeached and removed from office. Oh Fox News, now what’s the President suppose watch at 3am!? Animal Planet!? Plus, there’s Pat Robertson turning on Donald Trump over his decision to pull troops out of Syria and the family and estate of Prince being furious with the President for using the late singer’s super hit, “Purple Rain,” at his Minneapolis political rally.

Other topics of conversation this week that might be converted into SNL comedy include the latest Matt Lauer allegations, Ellen DeGeneres taking heat for having a giggle-fest with George W. Bush at a Dallas Cowboys game, former New England Patriots tight-end Gronk joining the “NFL on FOX” crew, China breeding mega-pigs to cover its pork shortage, the Redskins firing coach Jay Gruden, the MLB playoffs, Shepard Smith abruptly leaving Fox News and National Coming Out Day.

The promos for tonight’s all new SNL starring host David Harbour are below for you to enjoy. In the first released promo, Harbour is having some major trouble with his Saturday Night Live dressing room and he needs the help of cast member Aidy Bryant and new featured cast member Bowen Yang. It must be a serious problem because he’s interrupting salad time. In the next set, David Harbour is joined by musical guest Camila Cabello who teaches him the meaning of her last name. That’s not all we learn. We also find out what cast member Kenan Thompson has planned for this week’s show and why the 80’s were his favorite decade.

The post Who is Hosting Saturday Night Live Tonight: October 12, 2019 appeared first on The Interrobang.