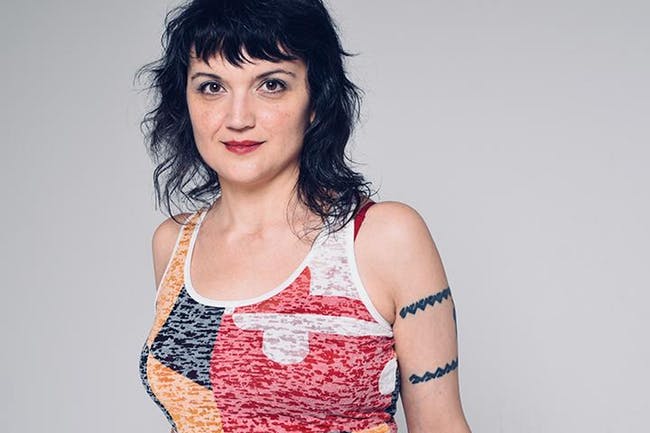 Baltimore cult hero Mary Prankster takes the stage for one night only in this sold-out performance at legendary Charm City punk venue the Ottobar. Profane and poignant, witty and wise, Prankster showcases the incisive lyrics and raucous energy that earned her a devoted fan base she describes as “thinking men’s men and fierce, god-like women.” Featuring a set culled from all four of her independently released albums and shot by Mind In Motion productions, “Mary Prankster: LIVE at the Ottobar” captures the homecoming of a singular artist.

“From the writing, to the performance and everything in between, Mary Prankster shows off her broad range of talent in this special that we’re proud to be releasing,” said Brian Volk-Weiss, CEO of Comedy Dynamics.

“I’m so fucking excited I can’t even stand it,” said Mary Prankster.