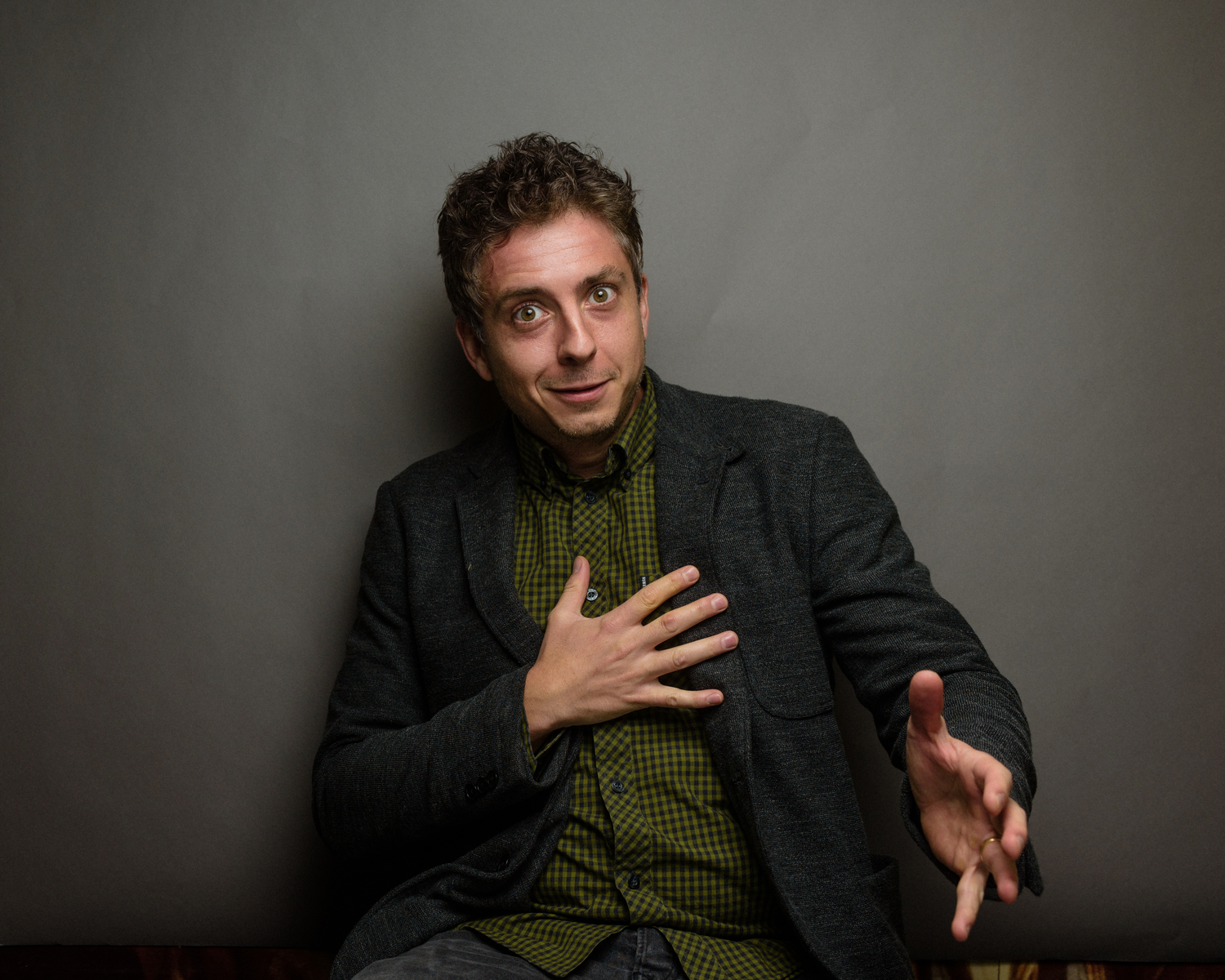 Nothing shakes up the comedy industry like a global pandemic. Writers, performers and producers are all patiently waiting for the future to arrive and let us know how we can safely return to chasing our dreams.

Prior to the North American quarantine, LA-based comic Ryan Belleville was set for a breakout year in 2020. Belleville’s “a perfect combination of energetic silliness and excellent comedy writing,” says Zoe Rabnett, the Director of Canadian and International Programming at Just For Laughs. “He is both a goofball and consummate professional, delivering great comedy every single time he gets on stage,” she adds.

Belleville’s comedic chops can be heard on his new album, Friday Late Show that was released earlier this month through Comedy Records. The LP includes a bonus track recorded in late March that features Belleville discussing CoVid with a tense Florida crowd.

Along with being one of Canada’s top comedy exports, Belleville is an accomplished actor  whose most recent work can be seen on the Netflix Series, Workin’ Moms. The show’s fourth season debuted at number four on Netflix and was just extended for a fifth season prior to the lockdown.

The Interrobang checked in with Ryan Belleville to discuss performing as the pandemic took over, how he’s handling the lockdown now and where he sees comedy going in the future.

The Interrobang: What was performing the weekend before the lock-down like?

Ryan Belleville: It was a surreal experience. There was tension even when I flew from LA to Florida. You could tell something weird was going on. That said, I had a week of shows ahead of me and a Dry Bar special booked for the following weekend. I also had a theater tour, as well as a massive TV gala I was going to be hosting back in Canada on the books. Everyday that went by that week was more and more of an “Oh Shit” moment. I started shows on the Wednesday with 180 people in the house, and within the next couple days people were cancelling left and right. The owners all agreed that we should nix the Sunday show and because I couldn’t get through to the airline and I was afraid to get stuck in Florida (sorry Florida) I just hopped in a car to the airport and they put me on a flight home no questions asked. I arrived in Florida with a full Calendar of high profile, good money gigs and left on an empty plane drinking beer, with every gig till 2021 cancelled.

Interrobang: Everything seems quiet surreal at this moment in time. Aside from the obvious, what’s surprised you most since the quarantine began?

Ryan Belleville: I’m surprised how much I love not working. Obviously I love comedy and acting. But sitting around all day watching TV is a blast!  Also, I have a deep new found appreciation for teachers and child care workers. My kids are here, like ALL THE TIME! They’re the best, but they are here ALL THE TIME!

Interrobang: Congrats on Season 5 of Workin’ Moms. Obviously live stand up doesn’t working during a pandemic but how has this affected your acting career?

Ryan Belleville: Word on the street is production will be getting back at it by late July, so that would be amazing. Last year I flew back and forth from LA and Toronto almost every week, but that’s not gonna happen again. Probably will have to self quarantine for a week or two after flying just to make sure I’m safe to go to set. Productions are hard places to keep everyone healthy at the best of times. They’re very intimate environments, so I have no doubt things will look a little different.

The Interrobang: What are your thoughts on performing stand up on platforms like Zoom and IG Live?

Ryan Belleville: I think it’s really cool that all these new formats are taking off. I think there’s been some amazing innovations. That said, nothing beats live performance, and frankly zoom comedy is a bit like making love without the partner. Sure, I’ll do it, but it doesn’t feel as good and leaves me with a well of shame inside me.

The Interrobang: What’s been keeping you motivated during quarantine?

Ryan Belleville: It sounds cheesy, but my kids. They’re the worst off for it. They can’t go to the playground or see their friends but children are so resilient, that they remind me it’s all going to be ok. Also, the fact that everyone is making so much bread means we’re all gonna emerge from this cocoon like fat little butterflies and that takes personal pressure to come out of this buff.

The Interrobang: Have you started a Tik Tok account or Podcast?

Ryan Belleville: I haven’t really gotten into Tik Tok because I’m now 40 and have been through too many social media fads. I still am choked that Myspace is gone. I’m sure I’ll do a podcast at some point. I’m talking to myself A LOT, so may as well record it.

The Interrobang: What’s the silver lining in all of this? What good will come from this pandemic?

Ryan Belleville: The END OF Buffets! Enough with strangers touching each others food.

The Interrobang: When life begins to return to normal, will you be more excited to return to the stage for stand up or set for TV?

Ryan Belleville: Stand up for sure. I love both almost equally but I can see the pathway to working on set coming back before stage. I’m not even sure when I’ll be able to just go to a bar again and try out a new 5 minutes I’m really excited about and that is a super bummer. Also, some really great venues are going to disappear and that is a shame. All that said, I don’t buy the doom and gloom pushed by the 24 hour fear loving news. I keep seeing things like “life will never be the same again!” Yes it will. Live performance has been around though every pandemic and plague in human history. People will be gathering together again, and sharing nachos, and forgetting to wash their hands and when that happens I’ll be there with my half baked dick jokes I wrote during the months the world stopped.

The post Ryan Belleville Talks Last Gig, What’s Next and the Release of His New Album appeared first on The Interrobang.