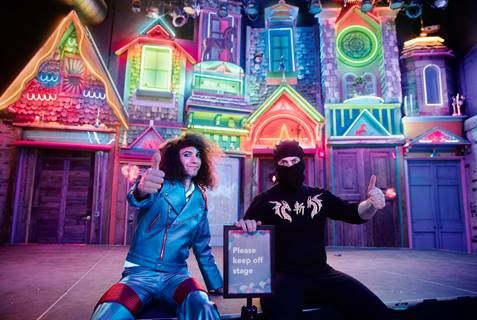 If comedy + music is your Reese’s Cup, then you probably are already a fan of Ninja Sex Party. With 1.25 million YouTube Subscribers, the honor of top selling Comedy Artist of 2018, and 11 years of performing under their belt, NSP is already playing to a giant worldwide fanbase. Today the group debuts a brand new video, “It’s BedTime” and it’s also release day for their new album, The Prophecy.

It’s BedTime is a metal-rock-anthem-80s-hairband-lullabye, and will have you humming “It’s fucking bedtime” whether you want to or not.

Catch an exclusive first look at the video below.; terrifyingly animated by Dalton Brown.

Band members Dan Avidan and Brian Wecht, have together accumulated over 10 million YouTube views. The Duo met at UCB in 2009 and came up with the idea  that aJewish superhero with no powers and his ninja best friend could write and perform songs about unsuccessfully trying to find love. 11 years later, they’re premiering their 5th album.

For more info on the The Prophecy got to ninjasexparty.com.