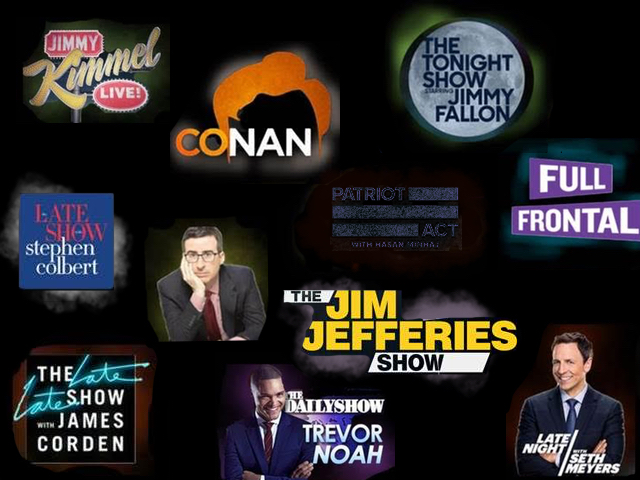 This week, Monday is for comedy giants, Bobby Moynihan is back on TV (yay!), and if you want to stay up a little late, Lilly is back!

Monday will be one of those nights when you’re thankful for the invention of the DVR. Two of comedy’s biggest names will be on opposing late night shows at the same time. You can only watch one of them in real time. Of course, you could watch them both at the same time on different TVs, but you’d never understand a word either one was saying.

On Monday’s Tonight Show starring Jimmy Fallon, Bill Burr will be Jimmy’s guest. There’s so much to talk to Burr about, let’s hope Jimmy Fallon doesn’t eat up precious interview time playing virtual hopscotch or one of his other wacky games. The name Bill Burr is now being thrown around for a Golden Globe nomination for Best Supporting Actor for his amazing performance in the Judd Apatow film, “The King of Staten Island.” Nods are announced on Wednesday, February 3rd and a Globe nomination or win could lead Burr to the Oscars. Who knows!?

Bill Burr has also become a favorite for fans of the “Stars Wars” universe. He plays the mercenary and former Imperial sharpshooter Migs Mayfeld on the Disney+ hit series, “The Mandalorian.” And Mayfeld is one of the few characters that has both held Baby Yoda and seen the Mandalorian without his helmet. No wonder he’s a favorite. Plus, if Bill never does another stand up set ever, he could make a fine living by appearing at Comic Cons and fan-fests everywhere.

Also on Monday night at 11:30pm et, Chris Rock will be appearing in late night. Chris will be a guest on the Late Show with Stephen Colbert on CBS. Chris also has plenty of conversation material. He starred in the 2020 installment of the anthology series, “Fargo” on FX. He could also be looking at a Golden Globe nomination in early February.

Chris Rock also made headlines recently by admitting that since the pandemic hit and the lockdown started, he’s been spending about 7 hours a week in therapy. That’s something we all wish we could do. It’s also interesting to note that on Monday, when Chris “Rock” is on the Late Show, the musical guest that same night is Joss “Stone.” Add the Denver Nuggets to this and you’ve got a geological theme show Colbert. Sounds like an episode of “The Flintstones.”

This week is also the return of one of our late night talkers who’s been gone for most of the pandemic. When the shutdown began on television and movie production sets everywhere, the NBC late night show “A Little Late with Lilly Singh” went into reruns and it stayed there. While other show hosts found ways to produce new content from home, Lilly Singh stayed in repeats. And now on Monday, for Lilly’s fans, it’s the long-awaited return of “A Little Late.”

NBC is selling it as a season premiere, but Lilly Singh hasn’t had a new show since around March 2020. To celebrate having most of the year off and now returning to network television, the former YouTube star and now host of “A Little Late with Lilly Singh” will make her triumphant return on the Tonight Show starring Jimmy Fallon on Tuesday night to kick off the festivities. Fans can watch Lilly on Fallon’s show, then sit through Late Night with Seth Meyers, and then finally get to see a  new episode of Lilly’s show on Tuesday going into Wednesday.

If you’re picking a night to stay up to watch Late Night with Seth Meyers on NBC, may we suggest Wednesday night. Seth’s guest will be former SNL cast member Bobby Moynihan. There’s always a fun, kindred spirit feeling whenever a Saturday Night Live performer visits former SNL head writer Seth Meyers on Late Night. Bobby Moynihan will be promoting his new NBC sitcom, “Mr. Mayor” which is good news because television is always better with Bobby Moynihan on it.

Programming Notes: The Daily Social Distancing Show with Trevor Noah is still off this week and in a rare move, Comedy Central will be airing Daily Show repeats instead of pre-empting it altogether this week. Also, Saturday Night Live is continuing with reruns as well this coming weekend. SNL is re-airing this season’s episode hosted by Jason Bateman. Saturday Night Live does need to return soon. They’ve done 9 shows so far this season and used 7 of them as reruns already.

Another Programming Note: Those impeachment hearings you’re watching? Yeah. Those are NOT reruns. That’s a whole new season of the reality series, “Impeach My President“. Enjoy.

The post Who is On Late Night Tonight in Comedy: Week of January 11, 2021 appeared first on The Interrobang.